Cedare > Kick-off the operational activities of the project in Fayoum and Minya with the participants of the stakeholders from Fayoum, Minya and the EU-JRDP 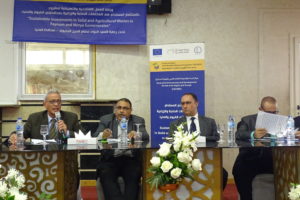 workshop was conducted in Minya on 16th April 2018, and it was attended by 62 participants (12 Female – 50 Male) including Eng. Abdul Aati Siddiq the Undersecretary of the Ministry of Agriculture, Samy Zaki Shenouda the Undersecretary of the Ministry of Irrigation, Eng. Hisham Moawad from the Minya Governorate, DR. Hussain Rafaat from EU-JRDP, and  Dr. Amr Abdel Majeed from CEDARE. 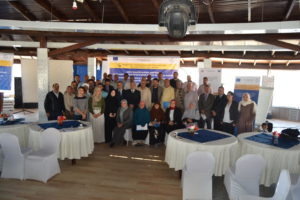 It also was conducted in Fayoum on 23rd April 2018, and it was attended by 53 participants (13 Female – 40 Male) including Hassan Gouda Ali the Deputy minister of agriculture in Fayoum, Ezzat Ahmed Abd El Bary the General Director of Agricultural cooperation, Jacopo Tavassi and Dr. Ramadan Ali from EU-JRDP, and Dr. Amr Abdel Majeed from CEDARE.